As the world slowly reopens, I figure now is a good time to upgrade my workwear. Can you think of a better upgrade than a blazer?  This is the Heather Blazer, the latest offering from Friday Pattern Company. You can buy this pattern solo or do like me and purchase the Heather Blazer and the Chandler Pants patterns as a bundle. I’ve never heard of the company Untitled Thoughts, which makes the Chandler Pants pattern so I was excited to try it out. Using this gorgeous reversible Jacquard fabric provided by Minerva, I made this cute Blazer short set.  It was quite a project, but after a bit of tweaking, I’m happy with the final result.

First, this fabric! I received 4 meters reversible woven jacquard deadstock fabric from Minerva to try out. It has a really cool floral design and although it’s a heavy fabric, it breathes really well. I decided it would be great for a blazer set! One thing to note is that this fabric can fray a little bit, so before laundering, be sure to use a serger/overlock machine or a zigzag stitch to finish the raw edges. Also, staystitching is crucial with this fabric. Because it’s reversible, you can play around with the two sides to really create a one-of-a-kind piece. For example, I used the other side of the fabric for my short’s pockets. It’s a cute little detail that I really enjoy and it helps visually break up the pattern.  For the lining, I used a lovely wine-colored polyester lining picked up from my local Joann.

When making any new pattern, there’s always a bit of trial and error. The Heather is meant to be a bit oversized, but I had to make a few changes to improve the fit. First, I narrowed the shoulders and arms by two inches so it fit my shoulders better. The next time I make this, I’ll probably perfect the fit of the blazer before cutting out any of my lining pieces.  I’m looking forward to possibly making an unlined Heather, especially now that a video sewalong has been released.  Also, I would probably shift the pocket placement to a more natural location. My hands had to search for the pockets more than I’d like. These, however, are quite minor tweaks and I found making this blazer challenging, but rewarding and enjoyable!

The Chandler Pants were a completely different story. The pattern pieces were clearly marked, but after that, everything was a struggle. This pattern uses letters instead of numbers for sizing, which would be fine if there weren’t such differences in between the body measurements and the finished garment measurements. Using my body’s measurements, I ended up with pants so big, that they literally fell off me. In order to make them work, I abandoned the body measurements and used the finished garment measurements as a guide. You’ll probably end up sewing a garment 2-3 sizes smaller than your suggested size. I also trimmed 4 inches off the length of these shorts and used about half the suggested elastic length for the back waistband. There’s a pictorial sewalong, but the way it’s set up was a bit confusing and I ultimately abandoned it. More than likely, I won’t make these pants again. It’s a shame because it seems to work for others, but for me it’s just easier to use a different pattern. 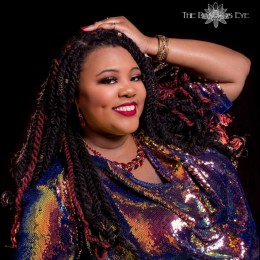